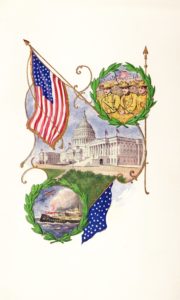 Why did the United States enter World War I?

For the majority of World War I, the United States took a stance of neutrality. When President Woodrow Wilson ran for re-election in 1916, his party’s slogan said, “He Kept Us Out of War.” This stance was tested when German U-boats torpedoed passenger ships in the Atlantic Ocean. RMS Lusitania, a British ocean liner, was attacked in May 7, 1915, killing 128 American citizens. However, American neutrality was truly broken with the discovery of the Zimmermann Telegram. The German government proposed an alliance to Mexico, promising key American territories if the United States entered the conflict. President Wilson asked Congress to declare war on April 2, 1917 saying it was necessary to keep the world “safe for democracy.” The United States declared war against Germany on April 6, 1917, almost 3 years after the conflict began in Europe.

How did Peabody contribute to the war effort?

The first draft took place on July 20, 1917; 256 men from Peabody and Danvers were selected. The Peabody Institute Library has digitized the enlistment forms for all Peabody’s servicemen. It is a fascinating look at the Peabody people who served. Below is just 1 of the 839 service records. The servicemen are listed in alphabetical order, and a complete listing is available from the Peabody Institute Library at this link: https://archive.org/details/germanwarrecords00peab/page/ 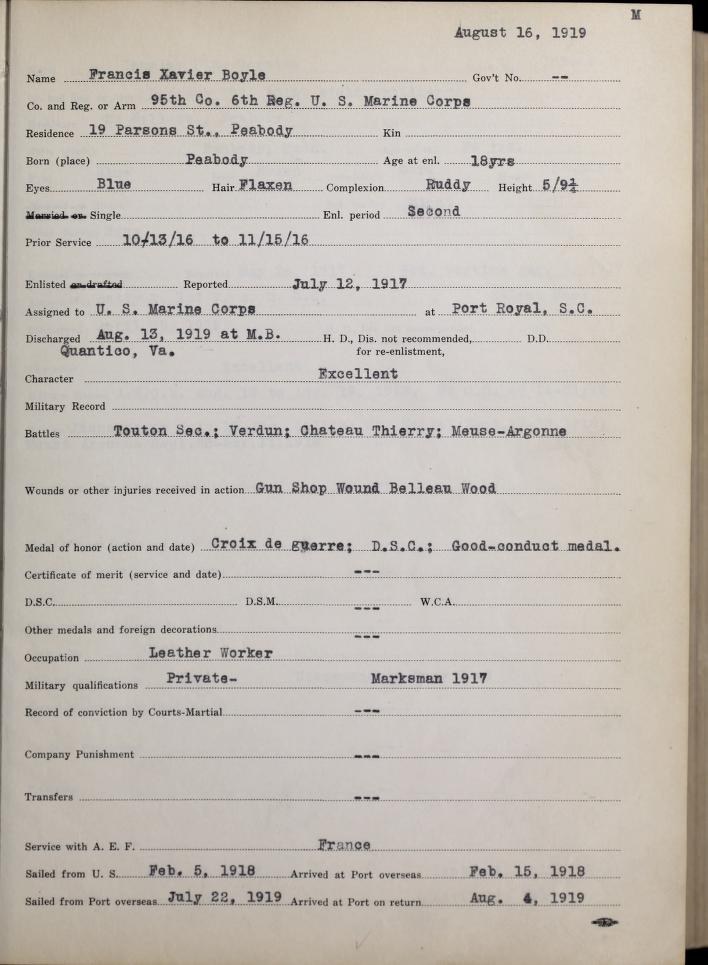 In addition to military service, Peabody’s leatherworking industry contracted with the United States government to provide leather, at cost, for military equipment. A local manufacturer declared, “Every one of us has got to bear the cost of war…We cannot all fight, even if willing…if a man does his best, and produced to the limit of his capacity, he helps himself, and helps to strengthen the government.”

How did Peabody commemorate the end of World War I?

On November 11, 2018, we celebrated the 100th anniversary of Armistice Day and the end of World War I.

30 Peabody men lost their lives serving their country during this conflict:

Below is a photograph of Peabody Square on this momentous day in 1918. 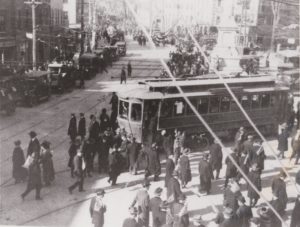 Imagine that day. A local press reports, “The news of the Armistice was brought to Peabody at 6am, and it was announced 11am Paris time. All the factory whistles in Peabody, the fire alarms and the church bells were used to announce the Armistice. The celebrations continued on the following day until late in the evening. There was no school, and factories and stories remained closed. The parade had over 3,000 in line.”

From June 14th to 16th, 1919, the City of Peabody formally welcomed home its servicemen following the end of the war. 500 servicemen paraded through the main streets of Peabody.

The procession started in Emerson Park and ended in Peabody Square at City Hall. The parade honored fallen Peabody soldiers with a moment of silence at City Hall, followed by bells and a booming cannon.

The citizens of Peabody literally danced in the streets. A Boston Herald article described the downtown as a “Miniature New Orleans Mardi Gras.”  Our City Hall auditorium also hosted boxing matches with approximately 1,900 spectators. A large military ball closed out the celebrations.