How far back does Peabody’s leather history go? 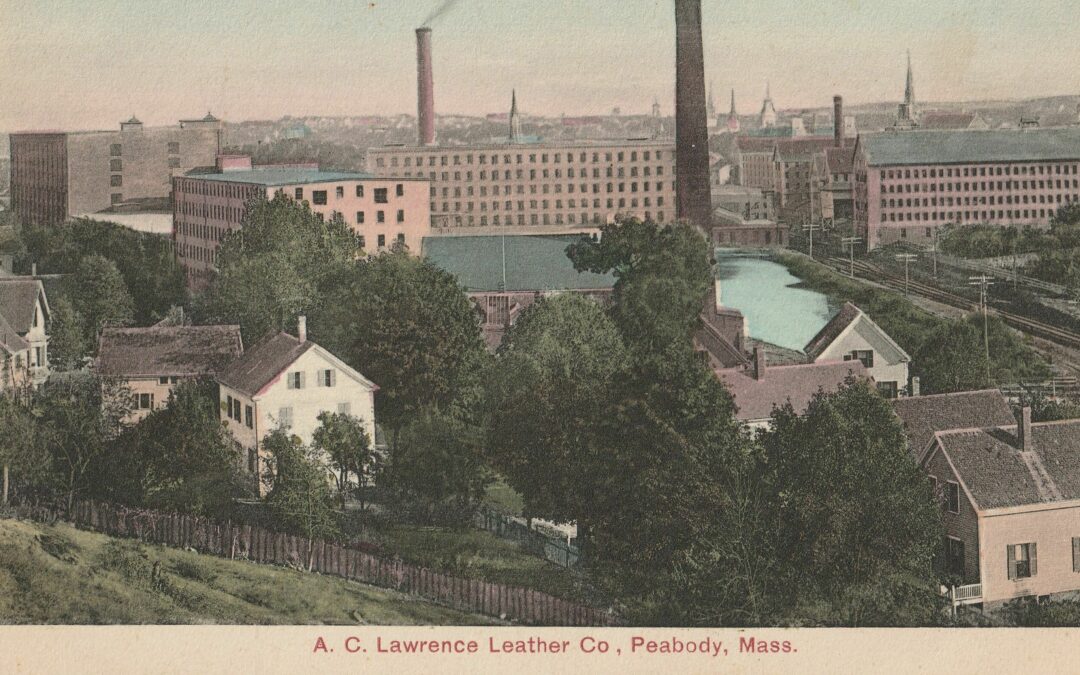 It is difficult to pinpoint exactly when Peabody’s leather working industry started. Indigenous people were the first to use Peabody’s waterways for tanning and dressing the skins of fur animals.

The earliest written record of tanning for the English settlers comes from 1639 and Philemon Dickerson, who was “granted land to ‘to make tan pits and to dress goat skins and hides.'” And so it continued – locals had small shops in which they processed animal skins. Each facet of the process was conducted by separate, independent shops. 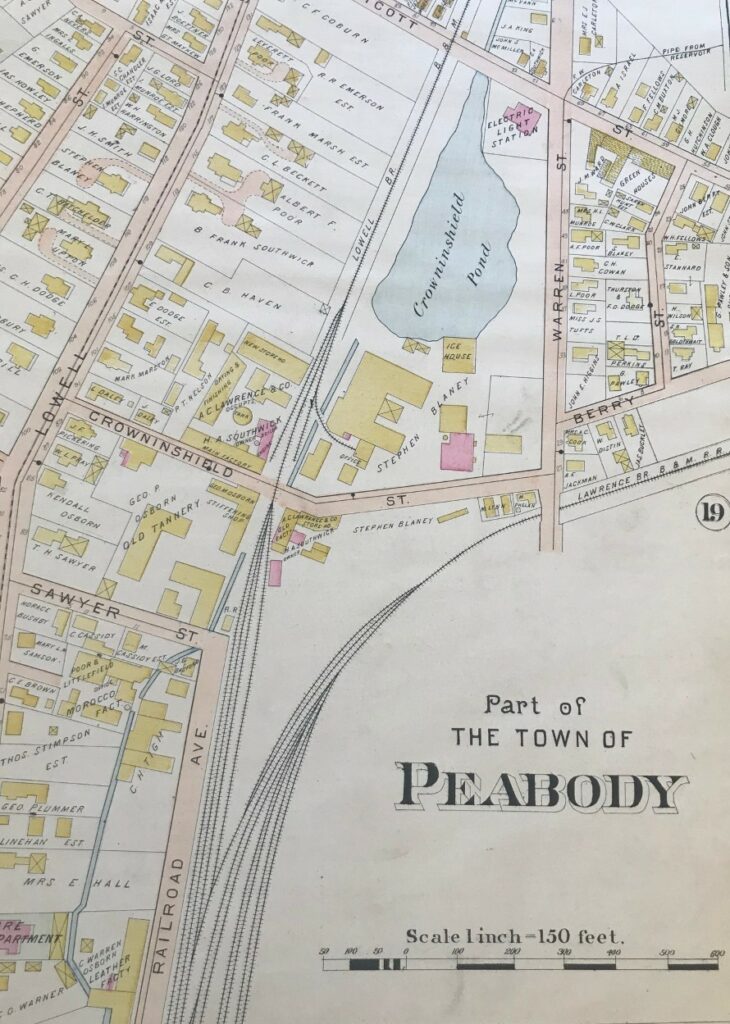 Arthur C. Lawrence, along with his local partner Horace A. Southwick, came to Peabody in 1894 looking to consolidate leather working operations under one company. They took over the plant of the Sanger Glue Factory, off of Lowell Street. 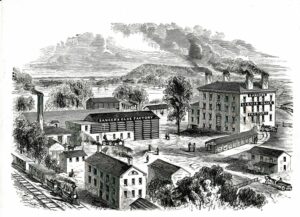 AC Lawrence started in sheep leather production. It was an immediate success and they diversified their production to also include calf leather. By 1909, AC Lawrence employed 2,150 workers in 32 buildings. 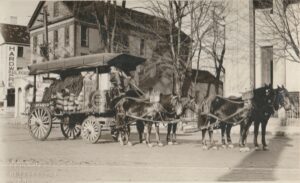 The leather industry as a whole in 1919 employed 8,676 people in Peabody. Immigrants provided a steady stream of labor, hailing from Turkey, Armenia, Greece, Russia, Portugal, Poland and countless other countries.

Peabody’s leather history is a truly American story –
one of ingenuity, hard work and community.

The story of AC Lawrence continues today. Click here for more information on the upcoming changes to the former AC Lawrence site.

Want to know more? Here are some great resources.

“Early History of the Leather Business in the United States” By Thomas F. Barrett, 1955.

“The Rise and Fall of A Giant: A.C. Lawrence, America’s Largest Leather Company” by Virginia Daffron, 2015.